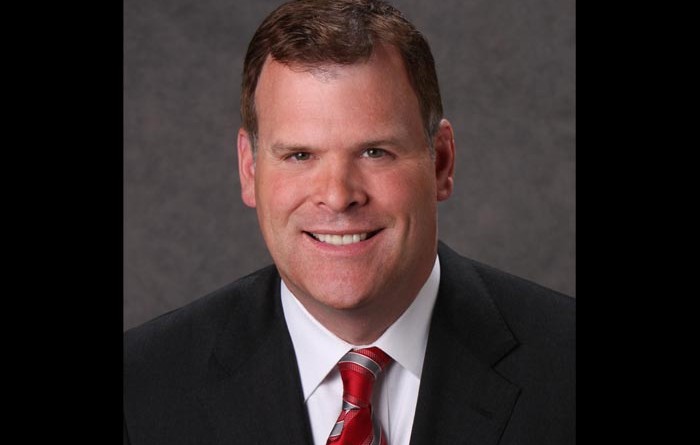 Published by: The Northern Miner

Former Foreign Minister John Baird says the mining industry and government “must play offence, not defence” when it comes to defending their interests and combating anti-mining activism.

“Far too often, the industry, and to some extent government, are playing defence when it comes to anti-mining activists and their close friends in the media,” Baird declared in a keynote address at Red Cloud Mining Capital’s annual Fall Mining Showcase conference in Toronto.

“To a great extent, anti-mining activism has become a bit of an industry in this country, and it takes many, many forms,” said Baird, who resigned his post as cabinet minister earlier this year, and now sits on the advisory board of Barrick Gold (TSX: ABX; NYSE: ABX), serves as a global strategic advisor to engineering and development consultancy Hatch Ltd., and is a senior advisor at Bennett Jones, a law firm active in the mining industry.

“You would be absolutely amazed at how many times that we discovered Canadian taxpayers’ dollars going to fight Canadian commercial interests abroad, especially in the extractive sector,” he told the conference.

Over the course of his two decades in politics, Baird witnessed a number of cases in which taxpayers’ money was footing the bill for anti-mining activists. In one instance, he said, the government was funding a labor group fighting a mining project in Mexico to try to win over unionized workers, even though the workers had chosen their existing union. In another case, the government was funding an environmental-activists’ protest to derail a Canadian mining project in South America.

And there are many others, according to Baird. “We would regularly fund First Nations groups to travel abroad to teach their brothers and sisters in the indigenous peoples’ movement to fight and derail Canadian mining projects,” he said. “But this gravy train must stop. We’ve worked tremendously hard to stop it and we must be vigilant that this practice doesn’t re-emerge in the future.”

Baird added that Canadians enjoy many freedoms, among them the freedom of speech and the right to protest against their government, and even industry, but, “they shouldn’t be getting money from the public purse to pursue this narrow ideology.” Baird also expressed frustration that while mining creates jobs and generates key revenue for foreign governments, too often mining companies are forced to comply with a changing regulatory landscape or put up with higher taxes and royalties once projects near completion.

“It’s just amazing to me how the rules always seem to change, just as the last dollar goes into a mining project, just as the last dollar of capital is invested,” he said, citing one case he was familiar with in the Dominican Republic. “The government of the Dominican Republic just didn’t understand how bad the deal was that they had signed with these two major Canadian companies until the last of the $3.6 billion dollars had gone into the ground and then they realized that they’d made a terrible mistake and this deal was tremendously unfair.”

Baird noted that when he met the president of the Caribbean country, he was told that the contract had been completed by a previous administration and that the government was facing “pressure from the people to take action.”

“I reminded him, ‘weren’t there six months worth of hearings in the parliament in that country’ … and pointed to the guy sitting beside him and said, ‘didn’t you have his job in the previous administration?’… He sheepishly looked down and tried to change the subject.”

“If the regime was good enough when a Canadian mining company puts its first shovel in the ground, it should be good enough when the material is extracted from it, and that’s why foreign governments, when they try to pull this trick, must get some strong pushback,” Baird argued.

The career politician also said the industry needs to push back just as strongly when this happens in Canada, in the form of “excessive efforts to over-regulate the industry through extra-territorial Canadian legislation and when regulations are just wrong and they don’t make sense.”

“In my judgment, low commodity prices and the sharp decline of the Canadian dollar significantly raise the possibility of not just further consolidation in the industry, but also for foreign takeovers,” he continued. “Investment Canada’s view now is a little clearer, but it’s not clear what it would be under a new government.”

Baird noted that he was in favor of China National Overseas Oil Corporation’s acquisition of Canada’s Nexen in 2012, and had strongly supported it around the Cabinet table.

Turning to U.S. politics, Baird said that when Hillary Clinton stepped down as U.S. Secretary of State in 2013, a major business group named her the best secretary of commerce that the country had ever seen because she sought to transform the state department into an economic agent for U.S. enterprise.

“When it comes to mining,” he said, “the department of foreign affairs, and in my judgment, its minister, should be a global advocate for the industry, not just in terms of trade and commerce, but in terms of diplomacy and advocacy on the political and regulatory front.”

In the extractive industry, he said, “both industry and government must stop playing defence and start playing offence—the mining sector in this country has a great story to tell and has a lot to be proud of.”