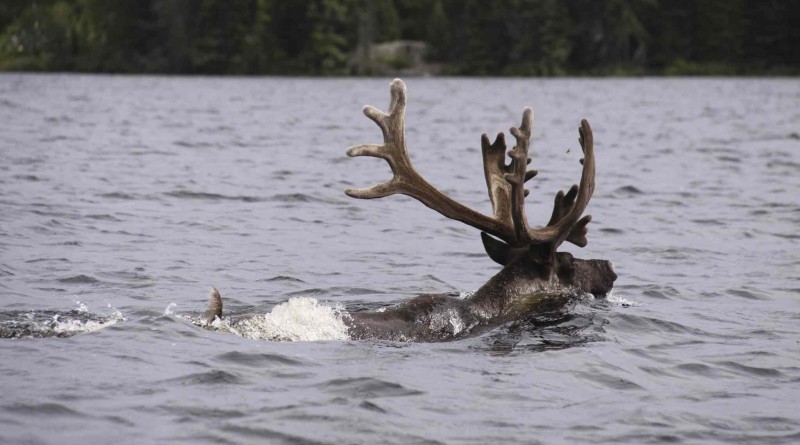 Manitoba plans to restrict development in vast tracts of boreal forest in an attempt to ensure the survival of the woodland caribou.

Manitoba Conservation and Water Stewardship has completed a recovery strategy for the woodland caribou, a species listed as threatened across Canada since 2003 and within Manitoba since 2006.

That official designation required the province to devise some means of ensuring the member of the deer family — one of two caribou species found in Manitoba — can thrive well enough to shed its threatened status.

“If we ignored this, over a period of decades, this could be lost,” Conservation and Water Stewardship Minister Tom Nevakshonoff said in an interview.

Wildlife biologists estimate there are 1,500 to 3,100 woodland caribou roaming Manitoba’s forests in no fewer than 15 overlapping population clumps known as ranges, scattered across a broad swath of the province from the Churchill River in the northwest to Nopiming Provincial Park in the southeast.

Each range is huge because woodland caribou rely on low population densities to avoid attracting wolves, their main predator. This makes the species sensitive to human activity, because the construction of logging roads and hydro lines can bring them into contact with white-tailed deer — and the wolf packs that follow deer around.

Given the sensitivity, the province’s 10-year recovery plan for woodland caribou calls for their ranges to be conserved “at a coarse scale” so stable populations can remain that way and declining ones can rebound.

“Manitoba has some of the healthiest populations of caribou in Canada, but some of the management units do require some specific, focused attention,” said Jim Duncan, director of Manitoba Conservation and Water Stewardship’s wildlife branch.

The plan is to allow no development in 65 to 85 per cent of undisturbed caribou habitat within the 15 known woodland caribou ranges, depending on the range in question.

That is more easily said than done, as provincial biologists don’t have enough data to determine the specific places to protect in all 15 of those ranges. They also must talk to First Nations, logging companies and the mining industry about their land use needs. As a result, the province hopes to have plans in place to manage nine of those caribou ranges in 2018, while the other six ranges must wait until 2020.

“Because there are many elements to this recovery strategy, not all recovery actions will be funded and implemented simultaneously,” the strategy’s authors wrote. “Existing and new funding will be required to acquire the data needed to manage forests and protect caribou.”

The Canadian Parks & Wilderness Society, which has endorsed the strategy, remains concerned cash-strapped Manitoba won’t be able to follow through.

“We don’t believe the government has the resources in place to implement the strategies in a timely fashion,” said Ron Thiessen, executive director of the society’s Manitoba chapter.

Grant Doak, deputy minister of Manitoba Conservation and Water Stewardship, said while cash is tight in all provincial departments, the government is committed to the woodland caribou.

Book your calendar for the December MPDA Speaker!  We’re meeting in person, and will also stream the meeting on zoom.

Join us on Tuesday Dec 7th at 11:30am to hear from John Hayles on the En-ROADS Climate Change Solutions Simulator.

The event will be held at Canad Inns Destination Centre Polo Park, as well as on zoom.

Lunch will be available to order from the hotel menu.

Due to COVID regulations, all attendees must be double vaccinated and must wear a mask.  Please bring your vaccination card and ID.

On November 2nd, John Stefaniuk spoke to us about Company Environmental Responsibility.

Listen to his talk here: