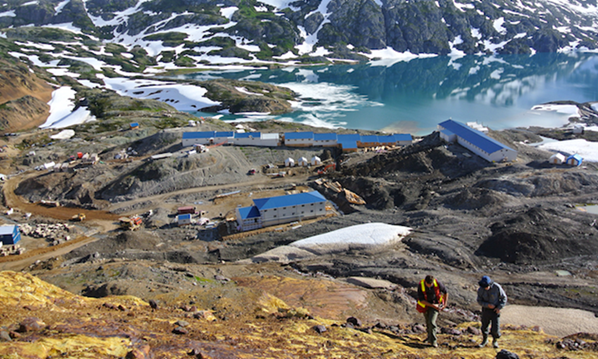 Photo: Construction at Pretium’s Brucejack high-grade gold mine project, one of the success stories cited by Liberal MLA Ralph Sultan.

The junior mining industry and those who invest in it have a friend in Ralph Sultan, the MLA for West Vancouver-Capilano.

The British Columbia Liberal politician recently sounded the alarm in the provincial Legislative Assembly about the state of the junior exploration industry and the impediments to mine financing.

Citing recent examples (Pretium’s Brucejack, Oyu Tolgoi) as well as historic ones (Hemlo, Eskay Creek), Sultan noted that billions of dollars worth of resource wealth has been generated by companies that began their corporate lives as small Vancouver ventures backed by speculative investors taking a shot.

While the free-enterprise B.C. Liberal government is generally considered pro-mining, Sultan went beyond that advocacy to criticize excessive rules and regulations on the financing front.

Quoting Don Mosher’s Venture Capital Markets Association, which has described the B.C. Securities Commission as a “well-meaning but destructive force,” Sultan suggested the regulatory body has ventured too far beyond its necessary enforcement work.

The association says the “exploration financing mechanism is in full retreat” and is lobbying for regulatory reform to allow more investors to participate in the private placements that most junior mining firms employ to raise money. Current rules essentially limit participation to those who are already wealthy.

“Maybe we also try too hard to shelter our citizens,” Sultan said, according to a Hansard transcript of the Nov. 2 proceedings. “They happily invest $3 billion a year, each year, on lotteries, despite government taking a full one-quarter off the top. If some of them are also lured into what they hope and dream might be the next Hemlo, perhaps that’s their business.”

Sultan, whose riding likely has the highest percentage of mining executives in the province, recounted the successes of Vancouver-based mining entrepreneurs in his speech. The list is a long one: Murray Pezim, Robert Friedland, “Steve Jobs’s buddy,” Frank Giustra, Ian Telfer, Eira Thomas and Bob Quartermain among them.

“To be sure, not all of these players were choirboys. Murray Pezim, described by one writer as ‘living somewhere beyond outrageous,’ would not be found in any bank’s wealth-management comfort zone,” Sultan said. “But we should celebrate what our little corner of the world accomplished.”

He touched on the Vancouver Stock Exchange’s sometimes-dodgy history, but noted that the TSX Venture exchange is now the “gold standard” for mining capital.

Sultan also touched on the influence of computer robots and algorithmic trading – “an algorithm plugged into a stock exchange server operating 24 hours a day in a dark room in Kamloops or somewhere” – that has contributed to the plunge in share prices of most junior exploration companies.