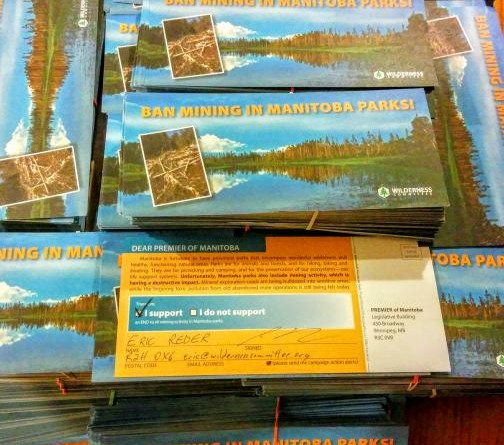 On November 24, the Wilderness Committee delivered 3,600 letters to Manitoba Premier Greg Selinger, asking for a ban on mining in provincial parks.

The timely delivery of letters occurred during the public consultation period regarding the Draft Management Plan for Nopiming Provincial Park. Shockingly, 81 per cent of Nopiming remains open for mining.

“Nopiming Park is supposed to protect nature and wildlife like moose and woodland caribou, but mining activity is still permitted and is one of the biggest threats to this area,” said Eric Reder, the Wilderness Committee’s Manitoba Campaign Director.

In the draft management plan, the Manitoba government mentions it will pursue protecting some of the 81 per cent of the park that is unprotected from industrial activity. However, the draft does not mention limiting the impact of mineral exploration. The Wilderness Committee is calling on the government to commit to phasing out mining and mineral exploration activity in the final management plan for Nopiming.

“When we explain to Manitobans that speculative mineral exploration in parks is having a great impact with almost no reward, they understand. They get it, and that’s why so many Manitobans have signed letters asking for a ban on mining in parks,” Reder said.

The government is asking for comments on the draft management plan for Nopiming Provincial Park until November 30, 2015. The Wilderness Committee has published a detailed critique of key guidelines in the draft plan, which is available online at WildernessCommittee.org/Manitoba

Wilderness Committee representatives were at the Manitoba Legislature to deliver the letters that morning.

Below is a map of the Wilderness Committee’s proposed set-back. 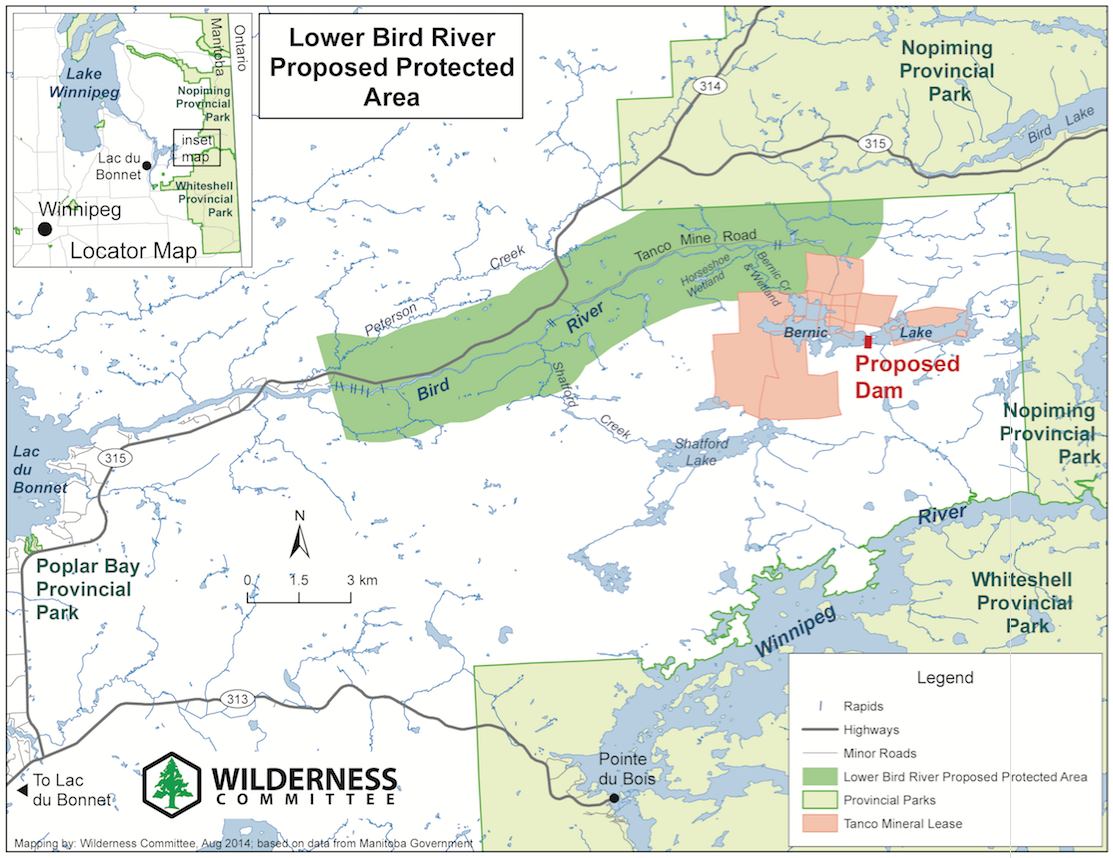