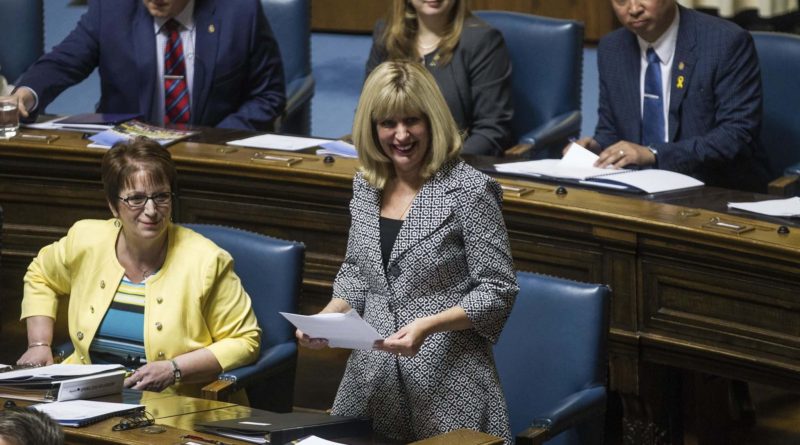 Manitoba’s new minister of sustainable development wants to hear from Manitobans about carbon pricing and climate change, about mining and forestry expansion, and about how to balance our natural areas with industry’s need to grow Manitoba’s economy.

What does any of it means? Well, we’ll have to wait until Cox has listened to Manitobans.

What did come through clearly, in an interview in which Cox was accompanied by six staff and in which she frequently deferred to deputy minister Grant Doak for answers, was that industry will create jobs in natural areas.

“Our premier has said, the door is open for new industry,” Cox said.

She’s looking at other jurisdictions and waiting for Manitobans to tell her what a made-in-Manitoba carbon pricing definition should be.

What form that takes will be up to what the stakeholders say when she consults, Cox said. “We’re committed to doing our share.

“They are both hand-in-hand, allowing economic activity,” while reducing carbon emissions.

While also listening to individuals and non-governmental organizations, Cox said she will talk province-to-Ottawa, province-to-First-Nations, and province-to-municipalities.

Cox said that Premier Brian Pallister has not handed Cox parameters in her mandate letter of her consideration about industrial growth in natural areas.

Said Doak: “It’s a market economy — people need jobs. To what extent do you impact the environment?

“First and foremost, our natural resources are precious to all Manitobans,” Doak said, pointing out that Manitoba Hydro is “a pretty green company. We have a wealth of knowledge. We have a very good record on geothermal.”

Cox’s department is proceeding with establishing four more provincial parks, though they will be wildlife and biodiversity preserves that will not easily be accessible to eco-tourists.

Three are near Winnipegosis on Grand, Goose, and Pemmican islands, and the fourth in the Oxford House area.