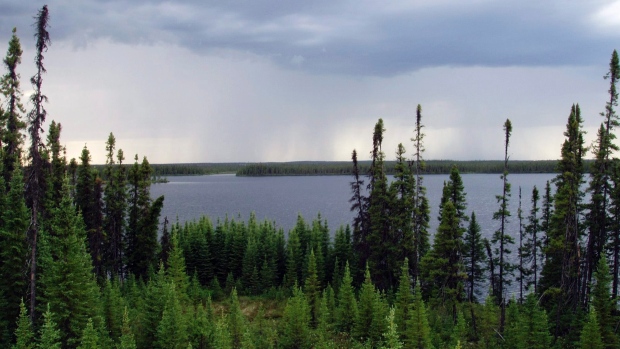 The 12-year process to designate a vast area of Manitoba and Ontario’s boreal forest as a UNESCO World Heritage site has hit another major setback after a First Nation partner withdrew its support.

The Pimachiowin Aki project nomination was being considered for the World Heritage List at the 2016 World Heritage Committee session in Istanbul, Turkey this week. However, the committee decided to refer the nomination after one of the First Nations involved withdrew its support of the project.

A referred nomination can be resubmitted within a specific time frame without undergoing a new evaluation.

The Pimachiowin Aki project involves 33,400 square kilometres of land on both sides of the Manitoba-Ontario border. The proposal to give the area United Nations Educational, Scientific and Cultural Organization (UNESCO) World Heritage site status included the traditional territory of several First Nations.

The federal, Manitoba and Ontario governments have put up millions of dollars over the past decade in the attempt to secure the designation for Pimachiowin Aki — an Ojibwa phrase that translates as “the land that gives life.” There has also been controversy linked to the site because of Manitoba Hydro’s $4.5-billion Bipole III transmission line, which could be rerouted at a higher cost to avoid the area.

Before the meeting in Turkey, the Pikangikum First Nation withdrew its support for the project, according to a news release. As a result, the World Heritage Committee said the Pimachiowin Corporation, in charge of the project, would need more time for “internal discussions regarding the path forward for this nomination.”

“We are all very disappointed that we encountered these challenges at such a critical time in the nomination process, after working on this project for 12 years. After considerable discussion with all parties involved, we felt that we had no option but to seek a referral to give us all a chance to regroup and consider potential options for proceeding with the project,” said William Young, a Pimachiowin Aki Corporation board member, in the news release.

The First Nation withdrew its support because the chief and council were concerned about errors in the UNESCO evaluation report, the Pimachiowin Aki project said in the release. Corrections were submitted by Parks Canada, on behalf of Pimachiowin Aki.

What to do next

“We’re disappointed. We had expected we’d be in a different place today. But I think we’re all just prepared to figure out what we have to do next,” said Gord Jones, the project manager.

Jones said the group will look at all the options including redrawing the lines of the proposed site. The current project proposal cannot go ahead as planned without the support of Pikangikum First Nation.

“It’s not possible to move forward if, in fact, Pikangikum does not support it, so we may have to, we will have to consider an option of what it might take to move forward without that partner,” Jones said, adding it’s difficult to speculate what that would look like.

They have three years to resubmit their proposal.

In an emailed statement, Manitoba’s Sustainable Development Minister Cathy Cox said the province will “continue to work with federal, provincial, municipal [and] First Nations groups on the UNESCO application process.”

Neither ‘happy or sad’

On Monday, Premier Brian Pallister said he was neither “happy or sad” about the state of Manitoba’s bid for the heritage designation. When asked if his government still supported the effort, Pallister was non-committal.

The Pallister government informed the United Nations committee recently about the possibility of a hydro corridor being developed down the east side of Lake Winnipeg.

The Bipole III route could go through the proposed UNESCO World Heritage site, instead of down the west side of the province, as is currently planned. That choice is now being reviewed by Manitoba Hydro.

Pallister said his understanding of Pikangikum’s concerns over the bid related to future economic development of their land. His government’s goal is to help spur growth in communities in this province, Pallister said.

“I want to see improved opportunities for First Nations people on the east side of Lake Winnipeg and around the province, so I know Manitoba’s future depends upon that and a UNESCO bid is one part of that, but it’s only one part,” Pallister said.

NDP conservation critic Rob Altemeyer said from what he heard the bid has been delayed and “it hasn’t died.”

“It’s going to be very interesting to see what the provincial government and Manitoba does now,” he said. “What they should do is fully support the UNESCO process, bring all the partners together and resubmit their application as quickly as they possibly can. We will be there, as the opposition, to call on them to do that”

UNESCO designations are based on 10 natural or cultural criteria. This project includes an area of exceptional natural beauty that is also representative of First Nations culture, as well as other criteria.