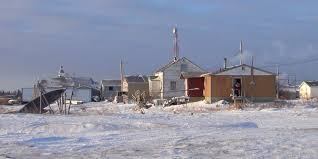 Attawapiskat First Nation — an isolated Northern Ontario reserve — played a prominent role in the Idle No More indigenous protest movement that erupted in 2012. Then Attawapiskat Chief Theresa Spence complained to the media about unacceptable housing conditions on her reserve. The movement was energized by Chief Spence’s decision to declare a hunger strike to raise awareness of the ongoing First Nation housing and infrastructure crises.

Attawapiskat’s band council was subjected to a government-commissioned audit in 2012 that found little proper documentation for millions of dollars spent by the band government.

Attawapiskat has largely fallen out of the news. But, a few weeks ago, diamond producer De Beers announced it was shelving plans for an expansion of a diamond mine located nearby. The company had planned to draw five or six more years of production from the mine. However, without Attawapiskat support, the company will not proceed.

During Idle No More, Attawapiskat leaders complained about the relationship between the community and De Beers, publicly criticizing its impact and benefits agreement as insufficient for community needs. However, the solution is to seek a better agreement, not to stop production at the mine.

Attawapiskat would certainly benefit from mine activity, which would help pay for much needed housing. The chief and band councilors are ignoring opportunities right under their noses. Attawapiskat is emblematic of so many First Nations that need the money and jobs that come with developing resource partnerships yet decline these opportunities.

Legally, De Beers does not need Attawapiskat’s consent to continue mining the deposit; it only needs to consult and accommodate the nation residents to the degree it can. But the company is not interested in the heartache of continual protests from community members, so it is insisting on its consent before moving forward with the project.

In 2016, the Frontier Centre for Public Policy released a study that looked at the seven habits or governance principles that lead to highly effective First Nations. It evaluated some of the top First Nations in Canada and determined what defined their success. In its dealings with De Beers, Attawapiskat is ignoring these habits. Attawapiskat is, like so many other Indigenous communities, ignoring partnership opportunities and adopting bad habits of governance and employment opportunities.

Attawapiskat is a community located in a northern and remote region, so it lacks many advantages of more urban-located First Nations. However, many of these habits still apply.

The first principle is to recognize and take advantage of the economic potentials available to the community. Located near mineral resources, Attawapiskat must tap into that economic engine to provide jobs and opportunities for its people.

“There is no single path to progress except to make use of whatever advantages are available,” said the study authors. Over the years, De Beers has signed hundreds of millions of dollars in business contracts with the community. The company also funded a community training centre and has established a trust fund for band members. If Attawpiskat doesn’t approve this mine expansion and build on existing business relationships, it is squandering its existing opportunities.

The community is ignoring two other principles defining effective First Nations: being flexible and co-operating with others. Like it or not, Attawapiskat’s future lies in successful co-operation with non-aboriginal resource companies.

Lastly, the band government must also heed the other principles: Respect transformative leadership and run a businesslike government. Resource companies are more likely to work with transparent and accountable band governments.

Attawapiskat should serve as a lesson for all Indigenous communities that are adopting bad habits of governance and ignoring opportunities that could deal with housing and other infrastructure crises facing First Nations. Like all indigenous communities, it needs transformational leaders who will take advantage of their existing assets and work in partnership with others.

Joseph Quesnel is a Research Associate with the Frontier Centre for Public Policy. fcpp.org