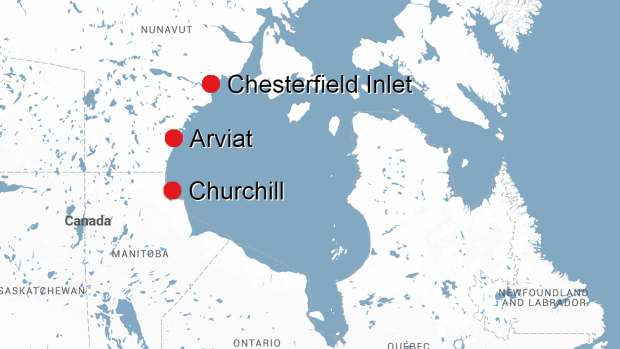 Below is a CBC News article about the recent Nunavut Impact Review Board (NIRB) on the Kahuna diamond project. This project is not a mine yet but the board wants exploration to ‘slow down’ or stop so that the capacity for Inuit employment in these camps is sustained over many years versus having to ‘import’ southerners for the jobs in the short term (plus other reasons). This indicates a clear misunderstanding of what the mining cycle is and what exploration is all about. Unfortunately this will send a chill throughout the mining industry. For clarification purposes – ‘consultation’ is normally done by the government and engagement is carried out by the companies. There may be some confusion here.

The Nunavut Impact Review Board has said no to a diamond exploration project as proposed, recommending that Dunnedin Ventures Inc.’s Kahuna Diamond Project be “modified or abandoned.”

In its screening decision NIRB says the company’s exploration and sampling project near Chesterfield Inlet “as currently designed is likely to cause significant public concern, and is likely to result in significant adverse ecosystemic and socioeconomic impacts.”

The Kivalliq Inuit Association, Indigenous and Northern Affairs Canada, Aqigiq Hunters and Trappers Organization and the Chesterfield Inlet community liaison officer all commented to the board about the company’s lack of consultation with the affected communities.

“I don’t want everybody to think we’re really against mines,” said Barnie Aggark, mayor of Chesterfield Inlet and the chair of the local hunters and trappers organization. “I just want our people to be respected.

“We feel like we don’t even matter to them and also to part of our government now. It’s becoming a big issue all over the territory. So it’s pretty disturbing how they’re treating us now.”

Ryan Berry, executive director of the Nunavut Impact Review Board, says the company apologized for not consulting the communities but the board’s decision shows a clear need for meaningful consultations before submitting a proposal.

“The community of Chesterfield Inlet in particular raised some concerns about the physical location of the project. And I think they did a very clear job of representing why it was important to them culturally, for harvesting, for teaching harvesting skills and how those skills themselves often had very culturally significant value to them as well.”

There are three current mineral exploration projects happening in the area, and two past projects, one of which — Shear Diamonds’ Churchill Diamond site — was abandoned before cleanup was complete.

Aggark said there needs to be moderation in how many sites are operating at once.

“Right now there aren’t even enough Inuit to fill those positions; they have to fill most of them with people from the south. If they go and approve all these permits at the same time, they won’t even have enough Inuit to work for them.

“At least if they allow two explorations at a time for each region, that work would last so many more years for the people of Nunavut. Just control the explorations coming into the territory and not just give it all away at the same time.”

The board’s decision will be reviewed by the responsible minister.